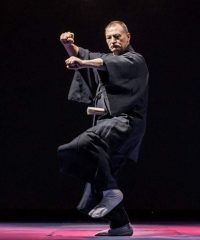 At the age of six he started studying martial arts. Now he is a 8th Dan Kyoshi and European Chief Instructor from Okinawa for Koryu Karate Jutsu Jissen Ryu and Motobu Ryukyu Kobujutsu Moidi.

“Everything has a martial arts meaning, hikite, kage tsuki etc… Most Japanese Sensei don’t know about it because they have never learned it!”

Hubert Laenen Sensei traveled all over the martial world and still goes at least once a year to Okinawa to study and to learn the old Koryu Karate Jutsu Bunkai in Karate Kata. 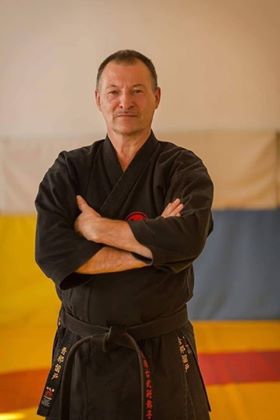