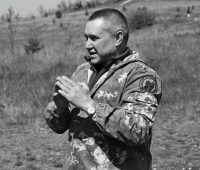 Sensei Vladimir Martynenko was born in Odessa – Ukraine in 1961. He began to study “Systema” in 1992 directly from the founder Alexey Kadochnikov and became a full licensed Instructor in 2007.

Systema (Система, literally meaning “the system”) is a Russian martial art, originated from traditional fighting styles and the secret techniques of Soviet special forces. There are no forbidden techniques, everything is allowed and there is no competition or belt system like karate, jiu-jitsu, judo or aikido. They use general principles with which the practitioner of Systema learns to react to attacks. 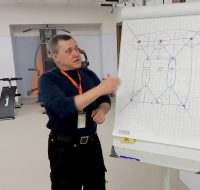 These principles have been formulated and developed into a complete, scientific system by Alexey Kadochnikov, professor of mechanics at the Military Technical Academy in Krasnodar (Russia). Typical characteristics are the economic/ergonomic handling of the energy and the development of an intuitive response capacity.

Vladimir Sensei is also the author of the “Talrep” simulator that he developed at the request of Alexey Kadochnikov. 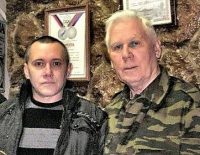