Sensei Zoltán Gott started with judo in 1980. In 1984 he also took up Shotokan Karate Do.

Now he is the Karate section leader of the Sportclub of Tatabánya in Hungary.

He holds a 4th Dan in Shotokan Karate Do and is the Hungarian Shibucho of Koryu Karate Jutsu Jissen Ryu, also owning a 4th Dan in this style.

He made a Smartguard instructor training with Zsolt Szénási Sensei, one of the three GoR 2017 Grandmasters.

At the moment he is delving into the secrets of Kyusho Jitsu. 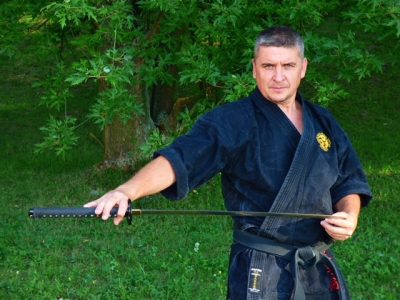